The mouse is arguably the most important part of any setup: here are 3 outstanding products vying for the “Best gaming mouse for the money” crown. Today’s challenge lies between the classic of the classics, the Logitech G 502, one of the newest additions to the market, the Roccat Kone XP and the NZXT Lift, the most beautiful and aesthetic. If technically the specs of the three mice differ little, the speech changes a lot in the hand and each one shines or sins in specific areas. But let’s go in order.

Let’s start with the great classic: the G502. For years the answer to the question “which gaming mouse should I have?” It was the G502. It has the right buttons in the right place and adjustable weights to make sure it’s just the way your wrist wants it. The 25 thousand dpi sensor has never been fully used by anyone, because you only play between 400 and 1500, but that makes it very accurate. The app that allows you to change the parameters is well thought out, even if it often freezes when you turn it on and you have to restart it to make it do what you want. The writer started playing on consoles when he was little, so he has reloaded weapons and mainly jumps and crouched, strapped to his right hand. This mouse (and all the others) was perfect for making me feel right at home thanks to the programmable keys within easy reach of your thumb. It has a list price of over 90 Euros, but now you can easily find it around 45 in the wired version, so for value for money it’s an excellent contender. From an aesthetic point of view, given its age, it’s the one that fares worse with just a few blue lights that are barely customizable. 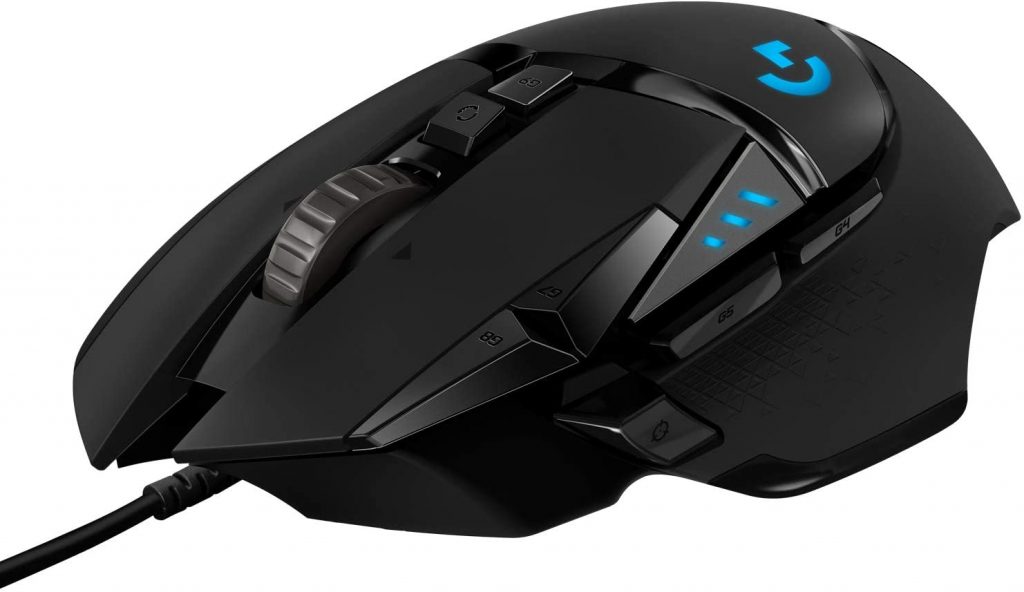 This mouse is certainly the most spectacular for taking pictures at your desk. The lights are almost dazzling to the max and it can put together light shows worthy of a high-end case. The other quirk is that it has 5 buttons within reach of the thumb, 4 where those of the 502 and the Lift are located and one that you press, near the floor of the mouse. Playing Valorant with the accompanying crouching button was an incredible experience. It’s hard to be more comfortable with a tactical shooter. Unfortunately, the good news ends here, because at 88 euros it is the most expensive of the group. 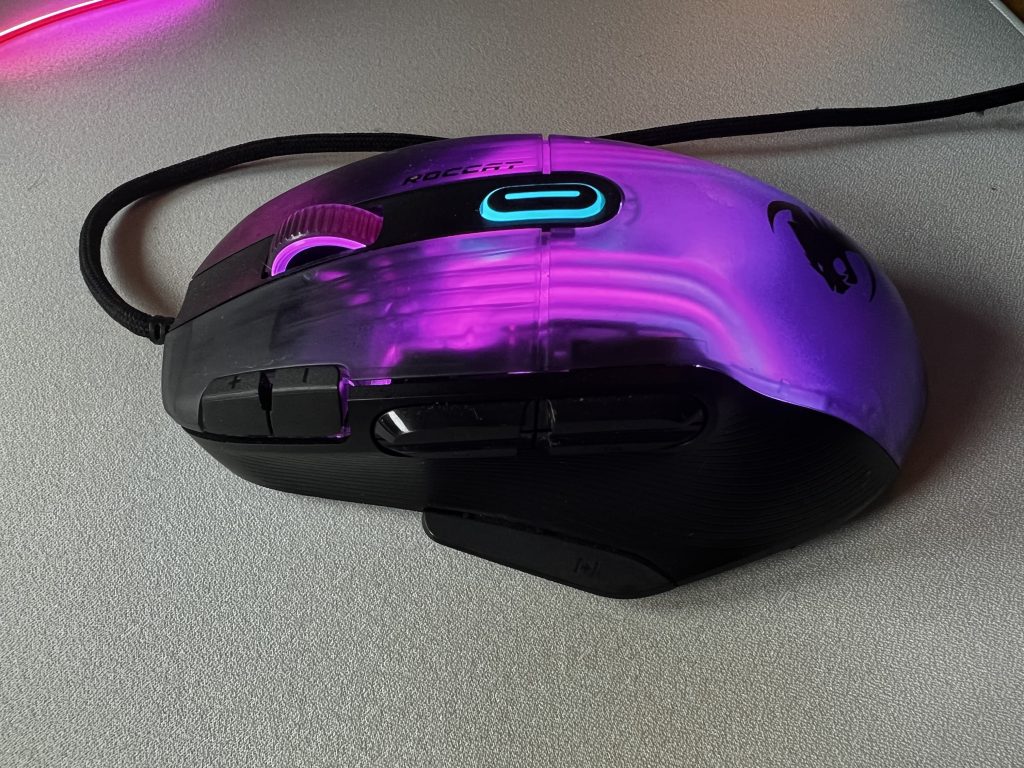 The NZXT Lift is the lightest, the most plush and the one with the most refined lighting in this comparison. With a price of almost 60 euros, it cannot be defined as cheap, but its strength lies in its simplicity and in its well-finished aesthetics. If the Kone XP is the equivalent of a firecracker in terms of light, the Elevator is a delicate flight of Chinese lanterns. The two rows of LEDs along the sides illuminate just enough to give the setup a pop of color without ever being vulgar. Like the Kone, it has a cable that is not plastic but covered in fabric, making it very fluid even in the hectic moments and it has never happened once (unlike the G502) that the mouse got stuck. because the wire was stuck or there was friction somewhere. 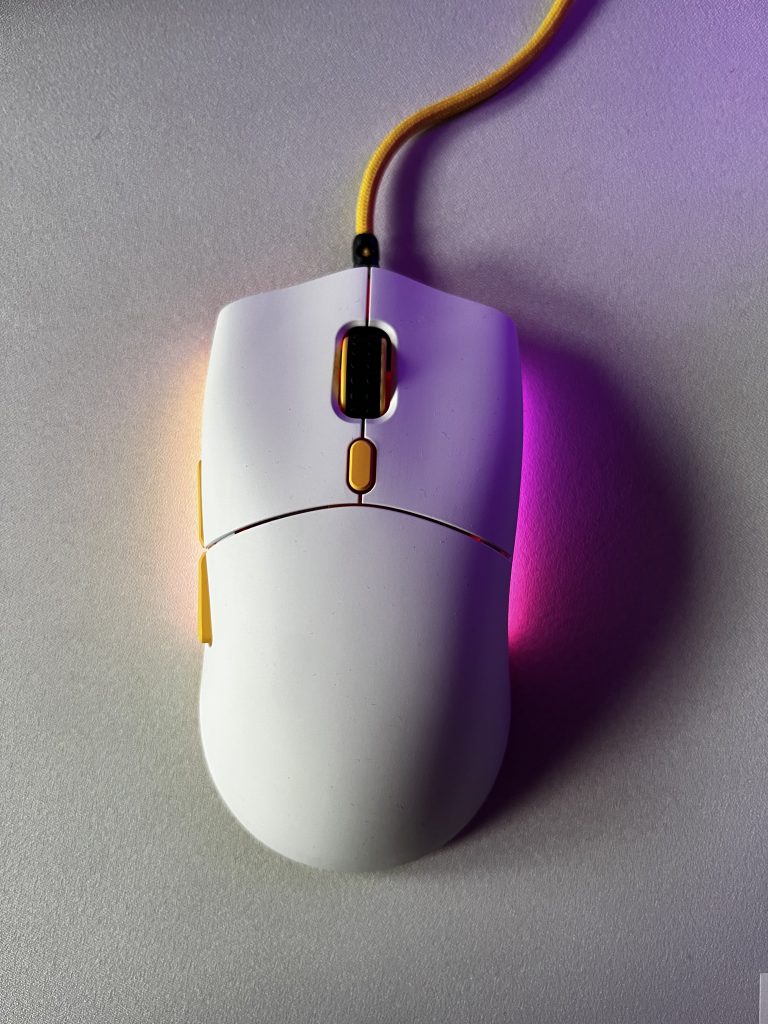 Top and flop of every mouse

The G502 is solid and well built, at the hardware level it will never let you down and let you take all the headshots your hands are capable of. Unfortunately it is aesthetically an eyesore and the many sharp corners make it quite a nightmare to clean up. The Roccat Kone XP is a feast for the eyes when you turn on the PC, its transparent design and LEDs make it really beautiful to look at. In terms of performance, it is excellent and the many buttons make it practical for both fps and strategic video games. The price is not the most competitive and the model we tested had one of the faulty thumb buttons, we don’t know if that is common. The Lift is the one with fewer buttons and the least special sensor (it reaches “only” 16 thousand DPI), but this does not prevent it from being a precise peripheral, with an excellent finish and a very pleasant aesthetic presence.

Each mouse is tested for a minimum of 3 weeks of play 1/2 hour per day. The most satisfying sound comes from the G502, the clicks make just the right sound. The most reactive wheel was that of the Lift, for better or for worse: a single click, even a hint, was enough to switch weapons. Personally, I appreciated this sensitivity, but we know it’s not for everyone. The Roccat is sturdy, but in the long run it fatigues the hand because of its wider and firmer shape, but at the level of grip it is the least slippery. The most comfortable for long gaming sessions is the NZXT which, thanks to its curved lines, is also the easiest to keep clean.

The verdict on the best gaming mouse

If we had to pick an overall winner it would be the NZXT Lift because for what it costs it has some premium mouse options such as a cloth cable and full RGB lighting and is also the most comfortable to play with. before hours. . However, for fans of tactical shooters, we recommend the Roccat as not only is it very boastful in its lighting, but also the thumb button will change the way you take advantage of squatting in the game. For those who don’t care about aesthetics but just want substance, the G502 will be very satisfying. It’s ugly, but it works well and will work for a long time.

These mice have been tested for

Previous articleMiles Morales is heading to PC. Spider-Man sequel will no longer be exclusive to PlayStation
Next articleMilan, the football game MonkeyLeague becomes NFT Gaming Partner